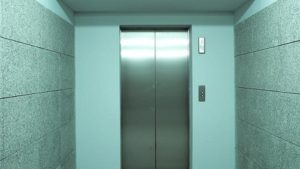 Claustrophobia otherwise described as fear of enclosed spaces is the irrational fear of confined spaces, of being closed in small spaces or rooms with no apparent escape.

Claustrophobia can frequently result in a panic attack and can be triggered by differing environments and situations such as lifts, basements, small rooms (particularly if windowless with no obvious exit or escape route), the Tube, tunnels or being in an aircraft.

Crowded spaces too can often heighten anxiety levels as does tight clothing.

According to Anxiety UK, up to 10 per cent of us will experience claustrophobia in our lifetime.

Claustrophobia can be a difficult condition to live with and sufferers will often develop involved ‘avoidance rituals.’ They will go to any lengths to avoid places like the Underground, subways, small rooms or basements, and will prefer to take the stairs rather than use lifts regardless of how many floors are involved.

“Between 15% and 37% of the worldwide population suffer from claustrophobia, and even though many experience severe symptoms only a small percentage receive any form of treatment” – Phobias, A handbook of Theory, Research and Treatment.

Panic attacks are common for this condition and symptoms can range from dry mouth, butterflies in the stomach, sweating, rapid heartbeat, shortness of breath or difficulty breathing, nausea, dizziness and feeling faint, to confusion and disorientation.

Sometimes the actual fear of confined spaces is superseded by the fear of losing control and having a panic attack. This is true of many phobias.

Claustrophobia is a phobia that responds well to hypnotherapy

Hypnotherapy and NLP techniques are both highly effective for dealing with claustrophobia and anxiety.

Don’t let fear rule your life!  Call me now to arrange your first session.  You could be free of your phobia in only a few hours.

Fear of the Dark Fear of Spiders
Scroll to top