I established my original hypnotherapy, coaching and counselling practice in London in 1993. Although I used trance extensively in my work I did not promote myself as a hypnotherapy practitioner at that time. I had originally learned hypnosis and meditation techniques during my early twenties, primarily to help myself overcome insomnia.

After a couple of years my London practice was well established and I became very busy. As well as hypnotherapy and coaching I ran numerous workshops and had a successful association with Holmes Place Gyms, which were located all around London. The main workshop topics for Holmes Place were relaxation and stress management. I was also an associate trainer with Excel Communications for several years.

Greater London and the surrounding areas provided a continuous stream of new clients. London is a travel hub as well as a popular destination and I saw hypnotherapy clients from all over the country. It is also an international centre and I have been consulted by clients from many different countries.

I studied NLP in London during the 1990’s and qualified both as an NLP Practitioner, and then as a Master Practitioner. NLP has many techniques and principles in common with hypnosis and hypnotherapy. Indeed one of the main role models for NLP was Milton Erickson, often referred to as the Father of Modern Hypnotherapy.

I studied NLP Psychotherapy at The Postgraduate Medical Centre in The Princess Alexandra Hospital, Harlow, Essex just outside London. 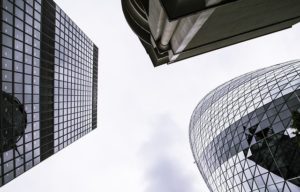 In 2002 I was asked to work with a City based trading company coaching traders. This became my main focus and occupation for the next few years, until I moved out of London to East Sussex in 2011.

Over the period I worked in the City and central London I worked with company managers and executives, hedge fund managers and traders. I was employed by several international companies and some traders came to me as private clients. Although my role was that of a corporate coach and trading psychologist I was often required to make therapeutic interventions. During this time I was able to gain extensive and first hand knowledge of not only trading, but also many stress and anxiety related issues and conditions. 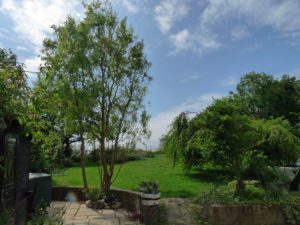 I took an extended break for almost 2 years. The first year was spent remodelling the house I had bought in Fairlight.

Oak Lodge has a unique setting on a cliff overlooking the English Channel. It is at the end of a quiet country lane and the quiet and tranquil location are ideal for both hypnotherapy and meditation.

I have worked hard to ensure that hypnotherapy clients can feel comfortable and relaxed here.

When I moved out of London I decided I had had enough of working in the City and chose to build a private practice once more. But I was concerned that my practice would suffer being away from the metropolis and that I would lose clients from London. To compensate for this I started working online using Skype.

However my fears proved to be unfounded. I found people interested in hypnotherapy were still prepared to travel down to see me in person. Although now they can also choose to speak with me from the comfort of home. Hypnotherapy and the use of hypnosis is safe and equally effective online as it is face to face.

Travel time from the capital is usually just under 2 hours. Trains to Hastings taking between 1 hour 35 minutes and 1 hour 45 minutes. From there it is a short bus or taxi ride to Fairlight.

Driving by car will usually take less than 2 hours depending on traffic and which part of London you are located.

If you are interested in hypnotherapy, would like more information about hypnotherapy and the use of hypnosis, or would like to make an appointment to see me please get in touch.