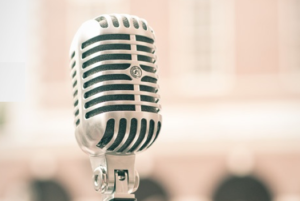 Fear of public speaking and speech making is known as Glossophobia.

An estimated 75% of people experience some degree of anxiety or nervousness when speaking in public or making a speech.

Women are over twice as likely to be ‘very afraid’ of public speaking compared to men.

Fear of public speaking (Glossophobia) can affect people in different ways. It may be a fear of speaking in public to large or small groups of people, or it may be anxiety about speaking up in general. Some sufferers may experience these feelings exclusively whilst others may also have a social phobia or social anxiety disorder.

Symptoms may differ in both variety and intensity and may include:

A phobia is an irrational fear, the mind and body reacting to something as if there is an actual potential for physical harm.

No one is born with a fear of public speaking, it s something you learned to do, a ‘learned response’, and now continue as a habit. There are many reasons and scenarios for developing this habit. For many of us it occurs at school, typically as a result of embarrassment, nervousness or anxiety when being made the focus of attention and asked a question or to read in front of the class.
As a result of the fear experienced at that moment the subconscious mind creates an early warning system intended to protect us from the imagined danger. So from this point on the warning system is looking out for similar situations, and when they occur it kicks in delivering adrenaline to the system preparing us to either run away or fight our way out of danger. Furthermore the uncomfortable feelings and reactions this creates heighten and reinforce the feelings of fear we already have, particularly the stress inducing feeling of not being in control.

Hypnotherapy is an effective treatment for all phobias, fear of public speaking in particular. Hypnotherapy has the advantage of being able to combine both conscious and unconscious processes helping to eradicate irrational fears. Hypnotherapy allows you to break the habit and re-train the mind to enable you to regain control and so become a fluent public speaker.

Attempting to consciously control this kind of phobia may already have proved difficult and may even have made things worse. However with a brief course of hypnotherapy most people find they are able to manage their nerves and go on to be effective, informative, and often entertaining speakers.

If you are dreading that speech you have to make, a presentation or report you have to deliver at work, or are simply immobilised by the thought of having to speak to one or more people in a public environment then now is the time to take action and get it under control. Request a call back and make an appointment.

Fear of Spiders Fear of Dogs
Scroll to top