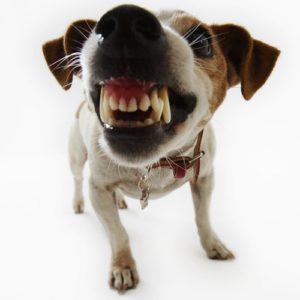 Fear of dogs, otherwise known as cynophobia is a common fear.

YouGov estimates that 14 per cent of people in the UK are scared of dogs.

Yes, even man’s best friend is not immune to our phobias. Cynophobes have a tough fear to manage as dogs are a common sight in parks, streets and homes around the country.

In April 2011 there were approximately 10.5 million owned dogs in the UK, and about 40% of UK households own at least one dog.

Many people are frightened of dogs and sometimes with good reason. Dogs can bite and should always be treated with respect. However most are trusted pets and companions and would not hurt a fly.

When a person finds they break out in a cold sweat with their heart racing when they see a dog in the distance, and as it gets closer they feel the onset of a panic attack and an overwhelming need to flee, this could signify more than healthy respect. Many animals, dogs included, do not respond well when they sense fear and will often give chase if someone runs away from them.

Controlling the fear, panic, and the ‘fight or flight’ response around dogs could be crucial to personal safety.

It is thought that a fear of dogs can be brought about by an incident involving a particular animal. For example if a dog barked at you and frightened you when you were little; or if  you were bitten or you witnessed a dog biting someone else.

Hypnotherapy has proven fast and effective when dealing with phobias, including fear of dogs and other animals.

If you are suffering from a fear of dogs, animals, or any other type of phobia or high anxiety request a call back. Hypnotherapy could be the answer for you.

Don’t delay, get in touch today!

Fear of Public Speaking Fear of Flying
Scroll to top